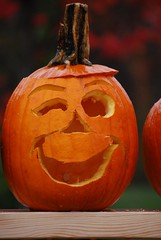 The day was filled with live music, pumpkin carving, food, autumn decorations, games, charitable giving, door prizes, and rain. These are some of the things you could have experienced on Saturday, October 25th at the Life is good Festival at Newland Communities-Ladysmith Village in Ruther Glen, Virginia.

I was excited to discover that there was a Life is good Pumpkin Festival not too far from where I live. I learned about these festivals when I reported a couple years ago about a pumpkin carving world record being set while raising money for charity.

I didn’t know what to expect when the day of the festival arrived. It was raining and predicted to continue raining throughout the day. However, what I found was a pleasant surprise. 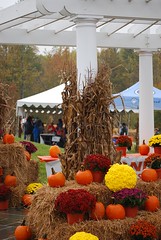 When I arrived, there were many smiling participants engaged in all of the activities. Rain coats and umbrellas were used by some while others embraced the rain with no protection. Despite the weather, there were over 550 visitors who attended the festival and 920 pumpkins carved throughout the day.

Almost $1000 was raised for charity on the day of the festival and that did not include sponsorships and other funds received before and after the event. The money raised is donated to the Life is good Kids Foundation. Fully 100% of funds received from these festivals is distributed to nonprofit organizations supporting children in need.

The festival concluded In the evening with the lighting of the carved pumpkins. Although the winds and rain kept all of the pumpkins from being lit at the same time, it was still a tremendous site to see.